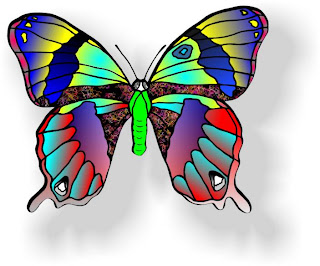 As the snow begins to melt and the weather warms up. I start to look forward to being outside more and more. Years ago I made a maxim to not let winter stop what I was doing around the homestead (or anywhere I was). Even though many things can be done year-round, summer is always the best time to be outside.  Not everything I do is outside, but to give an good indication of how much I like the outdoors, I plan on installing a network plug along the veranda so I can blog from the shady side of the homestead shack using our new high speed internet connection.

This edition of the Hepburn Home page will have my thoughts on the internet and it’s use and gardening since this year will be our first year for making a garden.

Getting high speed internet in uptown Wimborne is easy.  It just costs money.  The hard part is when you have to move all your internet “stuff” over to the new provider.  For years I have published my web logs and files onto the space that my internet provider, Telus, gave me.  I liked it because I had control over it and I didn’t have to give up my privacy.  I know there are a million other ways to host a web site, and for free.  I’m going to have to do that now since my new provider of higher speed internet giving does not had out space on their servers for my pictures of this-and-that “stuff”.  So, I now have to publish my blog and have it hosted on Google web servers.  Since I don’t pay for the service they can choose to use the information in a variety of ways.  It’s easy to access a persons information and still keep the person’s privacy in tact.

Let’s face it, this blog is mostly a waste of my time!

I’ve come to the belief that the internet is vastly underutilized in rural areas. Central Alberta is getting to the point where there are options for getting the internet in faster formats than dial-up. Most of the time it is cost that prevents a household from getting “high speed” internet. The initial installation can be over $300 and then you pay the monthly fee which can reach $100 for some service providers. It’s no wonder dial-up was our choice for internet for so long after leaving the city.

The other part of the equation is that most rural people are, well, different from urban dwellers.  I notice this when I listen to cbc.ca/spark podcasts by Nora Young.  It’s a show on how technology is shaping our lives – mostly computers and cell phones.  Most of what she talks about wouldn’t apply to rural  people.  Rural people are not as dependent on technology.  Most are independent by design – distance prevents us from relying on other people  to provide services that urban people would. I can’t think of a single rural dwelling person that “Needs to be connected”.  The farmers – including those weekend farmers who have other full time jobs – don’t use the internet for what they do.  Why not?  I think it’s a scenario of you don’t know what you don’t know.  Another part of it is that they don’t have time to search around the internet.  Let’s face it, this blog is mostly a waste of my time!

This year is the year we plant seeds.  Last year we got rid of the trailer that was home to us for 2 years while we built our new shack. All along we were thinking that the spot where the mobile house sat would make a good plot for a garden.  Neighbors and friends were quick to give advice about the garden.  One fellow, after hearing the plan wanted to steer us away from doom: “The soil is dead under there. Nothing will grow once that trailer disappears.”  I was alarmed.  He was a farmer and had an excellent garden of his own. I took his word of authority and told Laurie.  “That doesn’t sound right.” She said. Actually we both said it.

I tilled the soil with my rototiller in June.  By July there were weeds in the garden.  Now by my calculations, if weeds can grow, the soil is not dead.  I didn’t need the internet to figure that one out.

In the fall, another neighbor brought over a couple of scoops of loam from an old manure pile.  I am ever grateful to him since it has turn a questionable plot of soil into a supreme growing medium.

With the early warm weather we have been having, I tilled the garden again in April! Yes. Easter weekend.  The garden is ready for planting!  Laurie’s only question now is: what is the frost-free date for our area.  The internet was used to answer this question.  Right behind our place  is Climate data station that records weather information and puts it on the internet for  the agriculture industry to use. Here is the link: AgroClimatic Information Service (ACIS)

I used the station data and graphs to come up with this graph (click to see full image) .  So, When do we plant