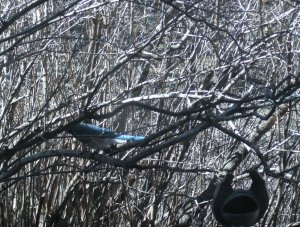 I’m talking about the birds. We got a couple of Blue jays to stick around this year. It’s a first. Every year just before Easter weekend, one, maybe two Blue Jays pass by the feeders. Since we discourage the Magpie’s from using the feeders, Blue Jays don’t find it too easy to get food either. Laurie is in charge of the feeders, so it’s entirely up to her whether or not the Blue Jays will have food suited to them or not. Her only comment when they decided to stick around is “they make quite a noise”. 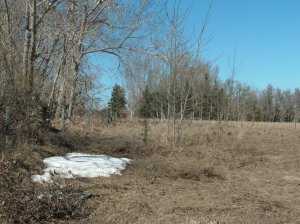 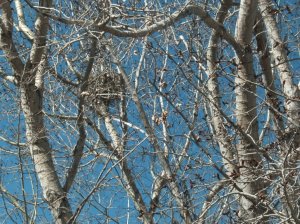 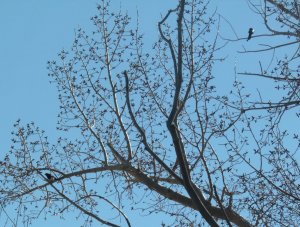 The feral cats have had it easy too. The snow around here has melted and has, for the most part, been gone for weeks. There are still places where the sun does not penetrate and drifts caused accumulations of snow; those drifts are almost gone, but not quite yet. 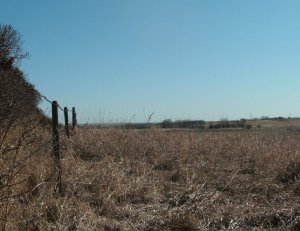 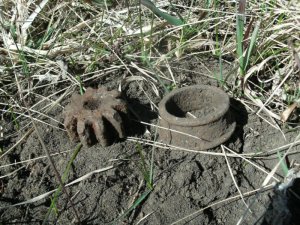 The frost is gone from the ground almost everywhere. I even got out for an our last night to do some metal detecting. I was hoping for a horse shoe in the field to the south of us. I did find a buckle. I imagine it was something that belonged to a horse harness. I also found a steal clog that belonged to some machinery. I imagine some farmer years and years ago cursing the machinery that broke down, or the buckle that fell off the harness…as if leaving   North Carolina was not enough….

“Gob Nab it! Shucks willy’n tarnation! Now I gotta’ goez’n fix this b’fur I can git me field tilled/raked/seeded/swathed/harrowed/plowed/baled/DONE! ”  [farmer slaps hat on leg and marched off to tool shed ] 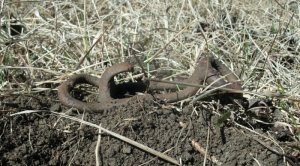 Well, It’s Done. Like Dinner. I wanted to put a link in here for the tax software that I used: Studio Tax It’s free software but they encourage a donation, which I will be making. I liked the software enough in 2013 that I’ve continued with it. 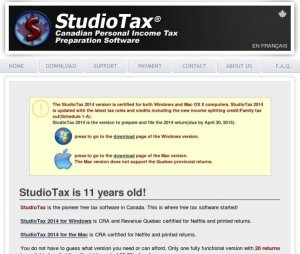 The software does not provide many “wizards” for helping you do your taxes but there are some. The reason I chose them is that they support doing business tax forms. Not many of the free tax software packages do business filings. the only support is through email and the closer you get to the filing deadline the longer it takes for a response. The people who support the software make their living preparing tax returns for larger clients. There is a paid version that you can buy which would get you premium support, if that’s what you want.

Oh, and they do NETFILE.  Paper is sooooo outdated.